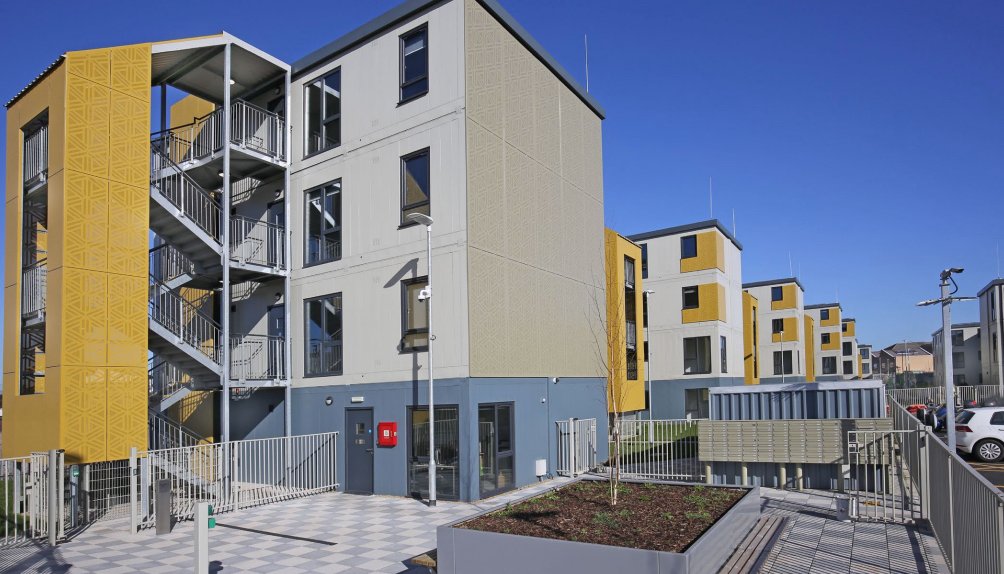 How can MMC help the homelessness crisis?

We’ve been in a housing crisis for quite some time. With the effects of the pandemic not fully known yet, it’s likely to only get worse. According to the National Housing Federation, an estimated 8.4 million people in England are living in unaffordable, insecure or unsuitable homes. Of those, 400,000 people are homeless or at risk of homelessness. This number is only set to grow. But could modern methods of construction (MMC) be a solution?

The Rough Sleeping Initiative, launched in 2018, is part of the Government’s strategy which aims to end rough sleeping by 2027. The initiative is targeted at local authorities across England with high numbers of people sleeping rough to tackle the issue and get people into suitable homes.

Under the Housing Act 1996, local housing authorities in England have a duty to secure accommodation for unintentionally homeless households in an emergency. While more permanent housing is secured, people may be placed in temporary accommodation. By June 2020, there were over 98,000 households in temporary accommodation. An increase of 14% from the previous year. Though the rise was driven by an increase in single adult households, and may be related to the Covid-19 ‘everyone in’ scheme. This figure has been rising since December 2011, and seems to be growing year on year.

Housing charity, Shelter, has said that at least 1.2 million new homes are needed to tackle the housing crisis. CPRE has said that there’s enough brownfield land to accommodate up to 1.3 million new homes. But new housing developments typically take around three to five years to complete. In this time, the numbers of people who need housing will only grow.

So what’s the solution?

MMC has been posed as a solution for some time but the uptake is still slow. Modular buildings can be delivered up to 50% quicker than traditional builds. They’re also 90% completed offsite, which means they don’t have the challenges of poor weather and are built in a controlled factory environment. There’s also minimal disruption to neighbouring communities.

If you’d like to find out more about how we can provide a solution, get in touch. You can also have a look at some homes we’ve already built here.