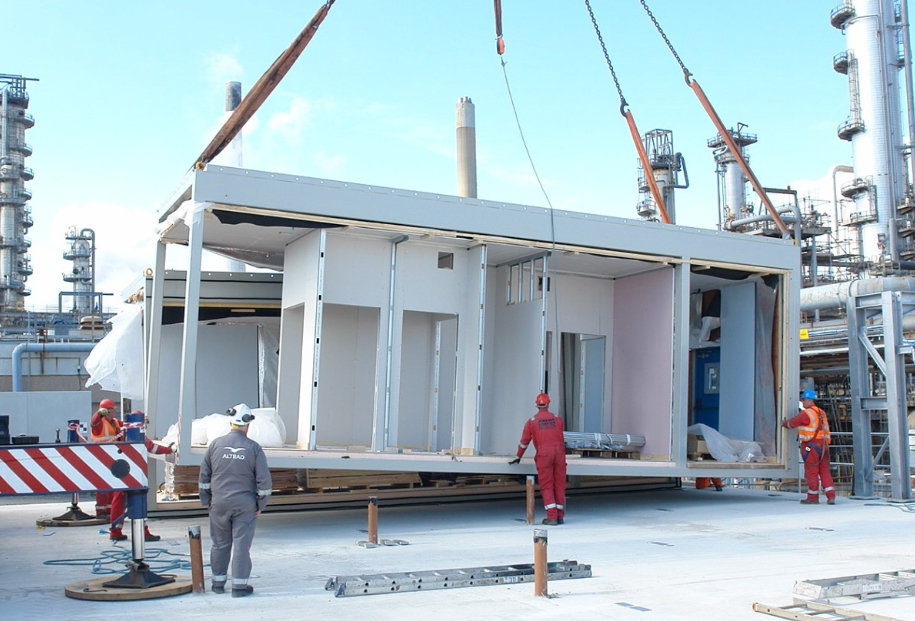 The history of modular buildings starts in 1837. Where the first on-record example of this type of housing was a home designed and constructed by London-based carpenter Henry Manning. Upon creation, it was transported to Australia. Many more were built from this due to popularity and the industry grew.

As mentioned above, the first modular building recorded was designed and manufactured by Henry Manning. He created this building for his son who was due to emigrate to Australia. The appearance of his unique and innovative home thrilled the locals. Manning’s design had caught on. It’s presumed that the design interested people due its easy transportation and assembly.

By 1853 hundreds of these modular builds were shipped to Australia on a yearly basis. Though it wasn’t just Australia embracing modular buildings. They were soon sighted all over the globe.

Modular buildings were spotted during the California Gold Rush, which began in 1848 and ended in 1855. With a peak in immigration due to the Rush, causing 300,000 people travelling to California from all over the world, modular was the solution. As with the Australian examples of modular construction, components could be compiled easily upon their arrival in America.

Next, modular construction appeared in Crimea, a peninsula on the northern coast of the Black Sea in Eastern Europe. Following on from Florence Nightingale’s infamous letter to The Times in 1854, Isambard Kingdom Brunel was commissioned to build a modular hospital in Scutari. Design and creation only took five months, demonstrating the speed when building modular buildings.

World War II had a significant impact on all aspects of life. After the war, the building of houses stopped despite many houses becoming damaged or destroyed by bombs. This created a housing crisis which needed a quick and efficient solution.

Factories began producing components required to create temporary housing following the war. These homes were erected throughout the UK and many of those houses still stand today despite being a temporary measure. Helping to restore the economy and provide a solution to the ongoing housing crisis, these homes were easy and cheap to build.

The UK has since embraced modular buildings and it’s no longer seen as cheap, second-rate accommodation. Modular has evolved into sustainable, beautiful buildings from the tiny, concrete prefabs of the past. A current example of modular construction being used in the UK is the use of modular NHS infrastructure. An innovative and lasting solution, the NHS has been able to build and expand, where necessary, due to how much cheaper and more flexible modular buildings are.

The history of modular buildings is a long one, but it’s clear they won’t disappear anytime soon. With rising demand, they are going to be around for a long time yet. They are as useful as they have ever been, offering housing to millions of people who otherwise would not be able to afford their own home and building fully equipped medical buildings for our NHS. Find out more about our modular and portable buildings.